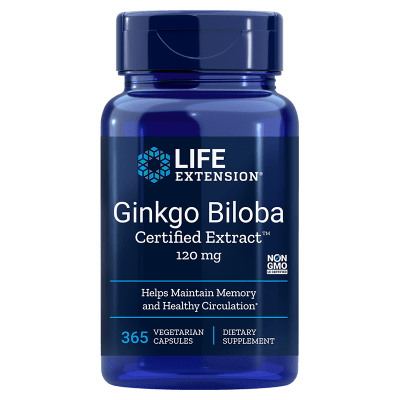 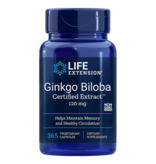 Stabilize the capillaries and make them less fragile

Ginkgo leaf extract contains a number of active constituents which may have cardio-protective and neuro-protective qualities. These include flavonoids such as rutin, quercetin kaempferol , and proanthocyanidins, terpenoids (i.e. ginkgolides) and organic acids. Flavonoids are known to have capillary strengthening properties, to enhance healthy blood flow to the brain and to help maintain cognitive health. Thus, by taking Ginkgo supplements you are able to improve health significantly.

Querectin and kaempferol from Ginkgo biloba supplements are powerful antioxidants which scavenge many types of free radical and thus protect against oxidative cell damage. Ginkgo leaf extract protects the mitochondria, which generate most of the cell's supply of adenosine triphosphate (ATP), used as a source of chemical energy, thus enhancing oxygen utilisation and cellular respiration. In addition, Ginkgo may also mitigate production of pro-inflammatory cytokines IL-1beta and TNF-alpha, at the same time stimulating anti-inflammatory cytokine IL-10 production, thus working as a potent natural anti-inflammatory.

If you are taking anti-coagulant or anti-platelet medication and/or have a bleeding disorder, you should consult your doctor before taking this supplement.

If you are taking anti-coagulant or anti-platelet medications, or suffer from a bleeding disorder, please, consult your medical practitioner first.