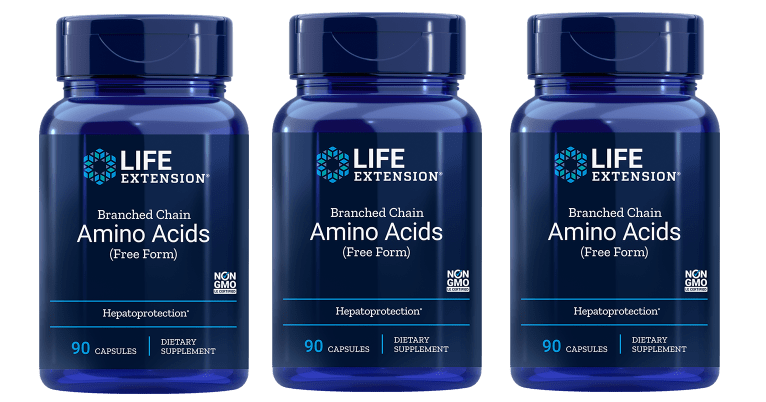 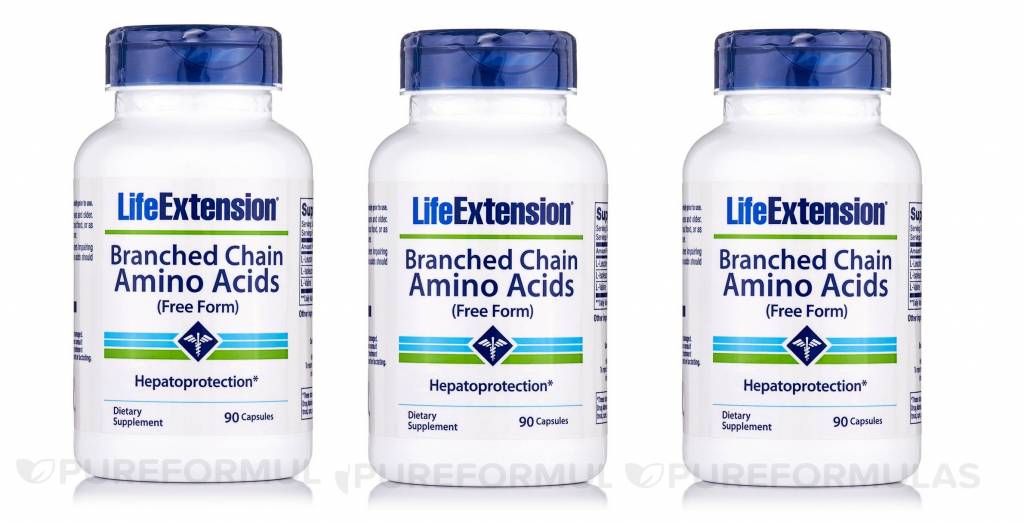 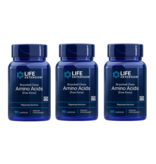 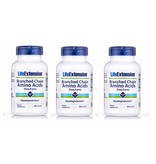 The branched chain amino acids (BCAAs) L-valine, L-leucine, and L-isoleucine improve protein synthesis in the liver and muscle cells, and are an increasingly popular fitness supplement and bodybuilding supplement. As these amino acids can be oxidised in the cells´ mitochondria, they may provide energy and act as sources of fuel for the skeletal muscles during periods of metabolic stress, such as during workouts, bodybuilding and fitness. But they are also used for health benefits, which we look at below.

BCAAs have been used medicinally to successfully support liver function, and thus work as an effective liver disease treatment. Supplementation with BCAAs has also been shown to improve insulin resistance and the function of beta cells in the pancreas (responsible for storing and releasing insulin) making it a useful diabetic medication, and it is also effective in enhancing energy metabolism and glucose tolerance in some people. A study with mice showed that when concentrations of BCAAs in the hippocampus were restored to normal, this helped the synapses to function normally, thus restoring normal brain function. BCAAs are used as an athletic supplement, as well as a bodybuilding supplement used to support and maintain muscle growth, improve mental and physical performance and repair the micro-injuries to the muscle that are a normal result of exercise. Branched chain amino acids reduce perceived exertion and mental fatigue while exercising.

Would you like to try Branched Chain Amino Acids protein supplement? Simply place your order online, and we will take care of the rest. Prompt delivery assured.